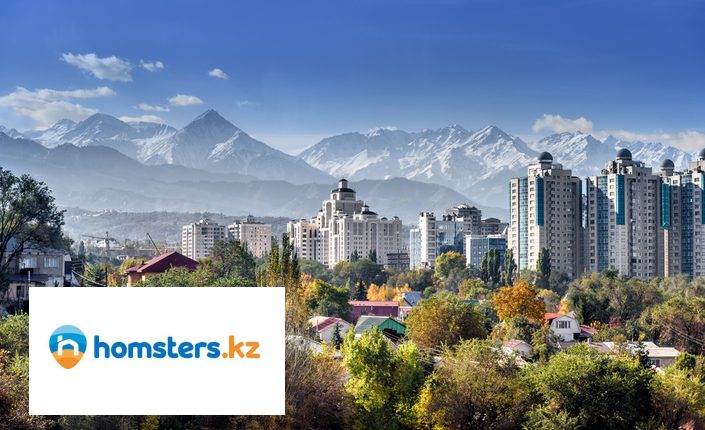 Homsters.kz has reported a remarkable growth figure of 309% over the last business quarter for its end-to-end digital new homes sales platform. Having been a traditional property portal since its launch in 2015, Homsters, which has offices in Ukraine, Kazakhstan and Singapore, moved into the transactional business from January this year and the move is paying dividends now with consistent growth over the last 6 months despite covid.

The company’s model is similar to that of InfoCasas in South America and Square Yards in India in that an agreement is signed directly with a project developer that pays Homsters a commission based on final sales price. Homsters advertises the properties on its market-leading portal and works with commissioned sales agents to closeout deals that take place digitally on the platform.

With this model having effectively proven itself in the Central-Asian country, Homsters is looking to build scale and is recruiting in Kazakhstan to expand operations in the new-build segment.

Andrew Olejnik, Co-Founder and CEO of Homsters said, “Our mission is to support our property developers by rapidly increasing the efficiency of the new-home sales process. We do this by streamlining the work of all process stakeholders within one digital platform and automating the parts of the process, where most inefficiencies and human errors occur. By doing so, we can help deliver more sales and cut the total cost of selling new developments. This type of model is highly scalable: the more deals we process via our platform, the more efficient it becomes.”

Homsters counts CAV Investments Group and Ringier AG as investors with both having participated in an important funding round for the business in October last year. CEO Andrew Olejnik was a panelist on a session named “Using Technology to Drive Transaction Efficiency” at the European Property Portal Watch virtual edition at the start of this month which you’ll be able to catch on our YouTube channel in the coming days.

Find us in social media